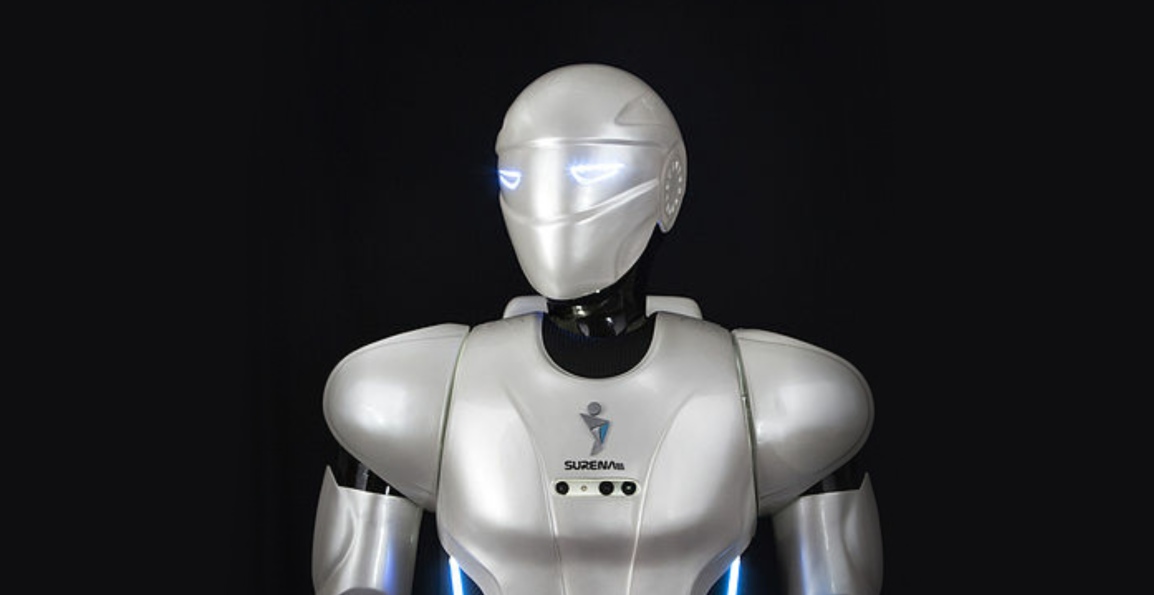 If you think that smart robots are a thing of the future, you need to meet Surena III. At 6 feet 3 inches tall, and weighing 216 lbs, Surena III is the closest thing the scientific community has ever had to a perfect humanoid robot. Equipped with sensors, 3D vision, powered joints and a sleek casing with LED lights, this robot can climb a ladder, stand on one foot, and can now walk at a faster pace than its predecessors at 0.2 m/s.

Robots like Surena have been in development for years, and some similar models were used at Fukushima.

The humanoid robot, funded by the Industrial Development and Renovation Organization of Iran, can walk up and down stairs, take hold of objects, kick a ball and can even adapt to different terrain. Video footage has shown the robot standing upright on uneven ground. It is the third robot in its series and has significant upgrades over its predecessors. Iranian researchers upgraded the robot’s sensors and actuators over the previous version. The vision system now allows the robot to detect faces and objects and track a person’s motions. A speech system can recognize some predefined sentences in Persian. Encoders embedded on all joints, six-axis force/torque sensors on the ankles, and an IMU on the torso help the robot remain stable. To power Surena’s hips and legs, the researchers used a combination of Maxon brushless DC motors, harmonic drives, and timing belt-pulley systems.

It took over seventy students, engineers, and professors from Tehran University and five other Iranian institutions to design and build Surena III. Local companies developing robotics software and speech systems also contributed to the project, and experts expect that some of the technology developed for the humanoid could find applications in manufacturing, healthcare, and other industries.

Scientists are now working to make the robot more autonomous and are working to help it increase its ability to interact with humans. Recent studies have also claimed that the level of AI shown in science-fiction movies can never actually happen. If consciousness is based on the integration of lots of pieces of information, computers can’t be conscious and capable of experiencing emotions like humans.