Many life changing inventions surfaced during the 20th century, and one of the most important was the classic computer.  Most of the technology that we currently use is based on this, in one way or another. The fundamental building block of the computer is the bit, which can only exist in two states ‘0’ and ‘1.’ Algorithms which can be manipulated using either of these states are the basis on which computers currently solve problems. This creates limitations to the issues that a classical computer can address. In order to expand computing and our technological capabilities, researchers have turned to the development of the quantum computer.

In a quantum computer the building blocks, called qubits, can exist in the ‘0’ and ‘1’ states as well as any combination of both. This means that instead of being able to register one solution to a problem at a time, qubits would allow the computer to focus on all possible solutions at the same time! This theory is called quantum parallelism, and when applied to computing will create more effective and faster computers than classical ones. New algorithms are being created to apply to this technology, in order to enable quantum computers to solve some of the world’s hardest problems. 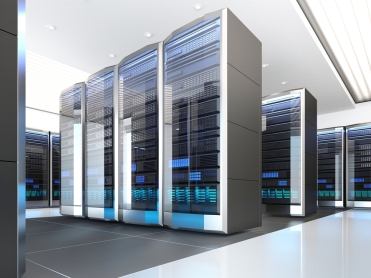 One of the areas that is greatly affected by any technological advancement is the medical field. Through the breaking down of DNA, medical research has proven that treatment which has been modified for each individual tends to be more effective. Even though they have identified that our genes are made up of protein molecules, medical researchers do not have technology that is currently able to analyse these proteins. Quantum computers will be able to map these in the same way that we are currently able to map DNA will a classic computer. This will be a tremendous leap in treating hereditary and deadly diseases, quickly and efficiently, based on an individual’s genetic makeup.

One of the differences between humans and computers is our ability to follow our instincts, and may be what determines life and death for many. Classic computers are currently used to try and pinpoint where and when terrorists may strike. Their ability to identify a target is based exclusively on facts. Quantum computers will be able to expand on this knowledge creating possibilities without having a definitive reason for doing so. In other words, using their intuition!

D-wave is a company that has taken the research into quantum computing to advanced levels. The processors that they have developed use ‘quantum annealing’ to solve problems. This means that they ‘tune’ qubits to return the set of answers which will provide the best possible solution, as well as a list of other options. Using this system D-Wave has developed their flagship product the 1000-cubit D-Wave 2X quantum computer, which is the most advanced in the world. With large companies such as Google, NASA, and the CIA’s In-Q-Tel investing in D-Wave’s technology, it will be no surprise if this is the beginning of an artificial intelligence to rival human capabilities.