Futuristic movies often have flying cars as a means of transport around busy cities. German company, Lilium Aviation, has been working to take this mode of transportation out of the movies and make it a reality. With more than 40 international designers, engineers and enthusiasts working around the clock, they have created the Lilium Jet which the company refers to as ‘the world’s first entirely electric, vertical take-off and landing jet.’ If Lilium Aviation’s goals are achieved, this is just the beginning of an era in which people can book a flying car, instead of calling an Uber. 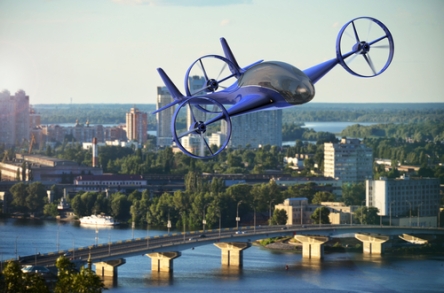 The jet’s first successful remotely piloted test flight has recently taken place, and the company expects to conduct a manned one soon. In addition to flying as expected, the vehicle has many unique features in its design. It is a two-seater that takes off vertically, but once in the air it accelerates towards forward flight. It can reach faster speeds than cars and helicopters, and also uses 90% less energy than a drone. The vehicle is also shaped like a computer mouse, with 10 metre long wings that are responsible for its power. There are 36 jet engines, on these wings, which have been mounted on 12 movable flaps. At take-off the flaps point down allowing the aircraft to rise vertically, after which they gradually tilt into a horizontal position to facilitate it thrusting forward. A 1000 pound electric battery enables the jet to reach a maximum cruising speed of 300 km/hr and achieve a range of 300 km.

While the company’s achievement in creating the Lilium Jet is spectacular, they have no intention of stopping there. Their aim is to expand their product into a five passenger vehicle, which will become an on-demand option in crowded, urban areas. This will eventually replace less convenient, ground cabs with a more cost effective, in-air journey. Even though there are several obstacles that the company will have to overcome, such as; setting up take-off and landing structures and getting approval and certification for flights in public air space; they are diligently working towards their goal.

The vehicle has several features which make it a more efficient power consumer than other electric aircrafts. These include: the current battery, with a range limit of 482 km, which co-founder Patrick Nathan says will be enough to achieve the company’s ultimate goal, and its vertical take-off and landing abilities, which greatly increase the range of places it can leave from. All the vehicles that Lilium Aviation are currently developing will run on renewable energy sources, which will also be to their advantage, as electric powered aircrafts are currently the biggest step in using clean energy sources for all our transportation needs.