The number of electric vehicles on the road has increased exponentially over the last few years. This is mainly a result of environmental concerns and governments becoming more focused on finding sustainable energy sources. Sweden has recently become the first country to install a section of the road that can recharge the batteries of vehicles as they drive along it. The project consisted of embedding 2 km of electric rail, in a location near Stockholm, and is in accordance with the country’s plans to stop using vehicles that run on 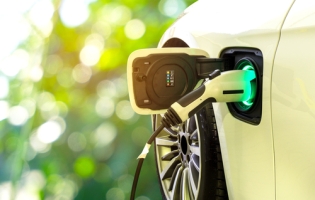 fossil fuels by 2030. The government has already drafted a map to install more electric charging roads to keep the batteries of electric vehicles affordable, as well as to prevent them from losing their charge during a journey.

The length of the road extends from Stockholm Arlanda Airport to a logistics site outside the capital city. Vehicles can be charged by energy being transferred from two tracks of rail in the road, using a movable arm attached to their undercarriage. This would be automatically disconnected if a vehicle stops or is overtaking another one. The electric charging road is currently divided into sections of 50m, each of which is only powered on when a vehicle is directly overhead. Citizens that take advantage of the service will be billed based on the energy consumption of their vehicle. The first vehicle to use Sweden’s ‘dynamic charging’ facilities was a truck owned by logistics firm, PostNord, which previously ran on diesel.

eRoadArlanda oversaw the project’s completion and has ensured the public that the country’s roads, as well as the vehicles currently being driven on them, could be adapted to take advantage of the technology. Sweden plans to install the technology in the 20,000km of highways that the country has. This would provide enough power to recharge any vehicle traveling in the country, as the longest distance between highways is 45km and all electric vehicles can travel that far without the need to recharge. Each km of the electric road cost U$1.2 million to install, but the government has estimated this to be 50 times less than the installation of a tram line. They also guarantee the roads’ safety, as the electricity is located five or six centimeters below the surface.

In addition to expanding within their own country, the Swedish government is making plans to provide Berlin with a similar network in the future. Other countries have already made the investment for public vehicles, including Israel which has installed roads to power their electric buses. The technology would currently not be applicable to most countries, due to the condition that many of the roads are in and the unlikely need for most vehicles to recharge during their journey. The inflated cost of installing these roads is also a deterrent. For Sweden and heavy-duty vehicles, such as the PostNord truck, EV charging roads are an ideal, convenient solution, however.