In the quest for finding the most economical means to produce countless watts of power, science has been spending billions of dollars. Turns out it isn’t just human beings that are able to harness electricity but researchers claim that certain microbes are also capable of these rare abilities. Picture this, transferring electrons from a molecule to another is essential for all kinds of organisms because this needs to be exercised in order to produce energy, which is imperative for their survival.

For bacteria living in extreme conditions, finding alternatives for breathing in an oxygen deprived environment requires them to be creatively adaptive. Such microbes exist in various places. As fascinating as it would appear they also live in the ‘Human Gut’. This is how these microbes were forced to breathe in a uniquely creative way by pushing out electrons and as a byproduct, producing electricity.

Let us understand how the engineers, researchers, and scientists are thinking of harnessing the electrical power produced by such bacteria.

Research has been going on to figure out ways to harness and develop such microbial power plants that are expected to purify water from the sewage, run fuel cells and other constructive uses.  But here’s the challenge, these microbe cells are much smaller than the conventional

mammalian cells scientists have been dealing with and growing them in laboratories is extremely difficult.

The MIT engineers have been able to develop a microfluidic technique. This microfluidic technique enables quick processing of such small bacterial samples and analyzes their specific property. These specific properties, called the Polarizability, determine the highest correlation of electricity production by that particular species of bacteria. Polarizability can gauge the electrochemical activity of the bacteria compared to other techniques.

According to MIT’s associate professor of mechanical engineering, Cullen Buie, the current work being done on the bacteria portends that there is a broad range of such electricity-producing bacteria. Thus a special tool for probing such organisms have now become much more important than they were assumed to be earlier. The reason being, after all the research and experiments carried out, they have come to the conclusion that it is not just the job of a handful of microbes, and more species need to be tested. 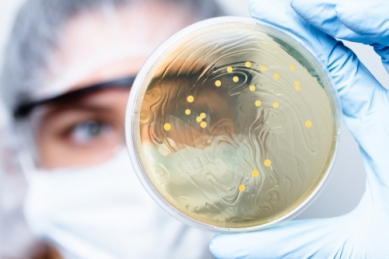 The study concludes that the higher the polarizability of a bacteria, the higher the rate of electricity produced. We can expect the researchers to start their bacteria search for the strongest candidate that will be able to produce large amounts of power soon. If the analysis made on the bacteria’s polarization turns out as expected then it won’t be wrong to say that this technique will be very useful in accessing electricity-producing bacteria.