The concept of human extinction seems like a future topic or myth. Whenever we do consider destruction, our mind usually goes towards weapons of mass destruction like nuclear weapons or biological warfare. Research that has been conducted by the students at Oxford University shows that in any year the chance of human destruction are 1 in 14000. When we consider that statistic objectively, the chance seem to be very likely. The study took into account things like super volcano eruptions and asteroids crashing into Earth. 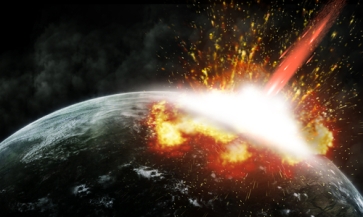 Another piece of research done at Oxford showed that we do not consider mass extinction of humans as a very tragic thing. The 2,500 participants included residents of the United States of America and the United Kingdom. They were given the option of choosing between best to worst-case scenarios where the options were: no catastrophe, a catastrophe that wipes 80% people off the Earth, and a catastrophe that causes mass extinction. Most people considered the no catastrophe situation as the best-case scenario as predicted. However, when asked about the severity of the situation and which one made them feel bad, they chose the 80% of humans being wiped out, rather than mass extinction of humans, showing that humans do not consider mass extinction a tragic event. However, when the questions were switched from humans to zebras, it turned out that people considered losing all zebras as the worst possible outcome and felt very bad and sad about that possibility. 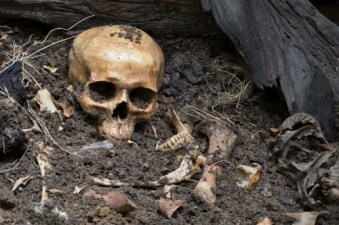 Even though there isn’t much we can do about asteroid attacks or volcanic eruptions, when it comes to nuclear warfare, we humans have a way to change that if we believe that there is a better future, when hope and optimism is instilled within people.

The research also stated that when we consider all species that have ever lived on this planet, all of them have gone extinct at some time. Some are in the process of going extinct while others have already gone extinct. Homo sapiens are the only species who have been on this Earth for 200,000 years, so the research concludes that the chances of humans becoming extinct in any given year are likely to be 1 in 14,000, at the moment.

Experts believe that we are in the sixth mass extinction and there is no one to blame, but us. Due to the activities we have been doing on Earth, we are destroying the planet in some way or another and the extreme climate change which has been a result of this could ultimately lead to human extinction.