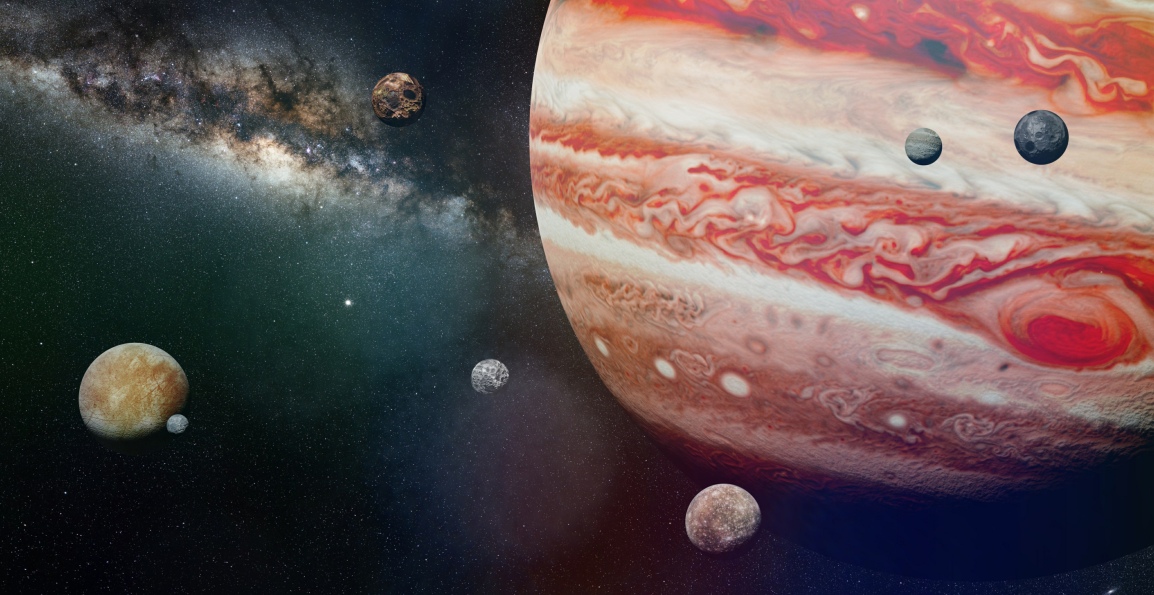 There are certain elements that are required for the possibility of life on any planet. These include all essential chemical elements (including Carbon, Hydrogen, Nitrogen, Oxygen, etc.), sources of energy, and of course liquid water. After much research, scientists have been able to find hints of small amounts of water on other planets in our universe. Does this mean that maybe Earth is not the only planet where life is achievable?

Europa is one of Jupiter’s 79 moons. About forty years ago, a voyager spaceship was sent to photograph it and it was able to take a close-up photograph of the exterior of the moon. In these pictures it was visible that Europa had an ice surface, with cracks and splits, which gave it the look of an eyeball.

What makes this planet of great interest to the scientists is the fact that it may contain all the requirements for life. Scientists believe that under the moon’s thick outer surface, there might be liquid water present. According to the evidence they have, it is thought that this water might even erupt into space in the form of huge geysers. Recently, an international research team was able to prove the presence of water when they used one of the world’s largest telescopes and measured a water molecule by peering at Europa through it.

Then further research took place where scientists started researching the inner workings of the planet and the water’s location. It is believed by many researchers that a large water ocean, double the size of the Earth’s surface is present underneath the icy surface of Europa. Another theory which the scientists believe is that there might be shallow reservoirs of melted water below the thick exterior of the moon. The third theory was that the reason water vapor exists outside Europa is Jupiter’s powerful radiations, which are stripping water vapors off of the ice shell of its moon. This theory was made due to the fact that when water was discovered on Europa, it was always near the part of the moon which was facing Jupiter during the orbit.

By investigating further, researchers will be able to explain the exact location of the water, its amount and whether or not it is a hint towards the possibility of achievable life.