Every unexplainable event in Space is generally attributed to dark energy. So was the unexpected expansion of the Universe. However, many scientists suggest that “Quintessence” might be responsible for the expansion.

Generally considered as Space’s intrinsic element, dark energy has been found to form 68% of everything that exists in the universe. Fortunately, scientists now have a name for it.

To understand Quintessence, one must go back to the ‘Big Bang,’ that formed a universe. A blast, for example, blows up and then culminates into nothing by collapsing. Similarly, the universe was expected to collapse. However, there are three ways in which this could stop:

First discovered in 1988 by Ratra and Peebles, the idea of Quintessence later matured into a whole concept in Robert R. Caldwell, Rahul Dave, and Paul Steinhardt’s paper in 1998. The authors breathed life into this hollow concept which was later considered as the fifth element by many scientists.

To explain the expansion, scientists’ first guess was that dark energy is something that inherently existed in Space. They implied that dark energy per unit of Space is fixed as a “cosmological constant.” However, not all scientists were on the same page. These were the scientists who first coined the term Quintessence, derived from the fifth element.

According to a cosmologist at Dartmouth College, Robert Caldwell, “Quintessence is a tangible medium that has fluctuations of its own,” and is a mix of matter and the cosmological constant.

Big Rip Vs the Big Crunch

When the Big Bang took place, the universe was hot, dense, and full of matter. It had anti-matter, energies, and 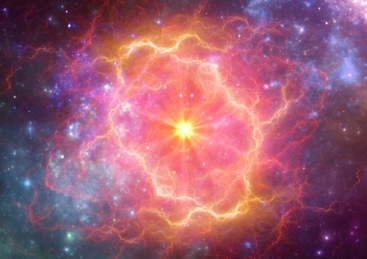 radiations. Scientists discovered and made sense of many elements. However, missing out on Quintessence birthed many false theories.

The data collected since the year 1990 is proving that Big Crunch may not happen and a new matter that defines the universe in the 21st century may change everything forever.

Scientists have already predicted the final fate of the universe. According to cosmologists, the universe will eventually wrap up in a big crunch. However, the accelerating rate of expansion is contrary to all theories. The universe is swelling faster than ever, instead of crunching. Scientists now believe that a Big Rip is more likely to end the universe than a Big Crunch, and the mysterious element Quintessence would be responsible for that.

Cosmologists are still working on confirming the presence and impact of the fifth element; however, if the component does prove to be the force behind expansion. It would help scientists determine the fate and age of the Universe.