Leon C. Megginson once stated, “It is not the strongest of the species that survives, nor the most intelligent. It is the one that is most adaptable to change.” Animal poaching is a horrendous act which, in most cases, results in death, because it is done in order to take valuable assets of the animal, such as its horns or fur, to sell them off. Animals such as rhinos and elephants are at the brink of extinction due to this. However, poaching has not only decreased the population of different animal species, but has also changed the way they breed. Elephants are evolving and it is interesting and disconcerting all at the same time.

What Is The Phenomenon That Is Occurring?

How Widely Is the Phenomenon Occurring? 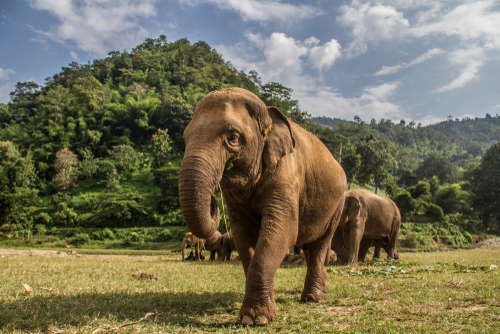 However, it is important to take the disheartening statistics of how many elephants are now left into account. Just a few decades earlier there used to be over 4000 elephants residing in Gorongosa National Park, Mozambique. Ever since the civil war, there are only 200 adult females left now as Joyce Poole’s research suggests. Joyce Poole is an expert in elephant behaviour who is bringing light to this astounding occurrence. Out of the 200 adult females in Mozambique, 51% of the elephants older than 25 are without tusks. 32% of the elephants that were born after the war are biologically tusk less. This phenomenon is not just occurring in Mozambique, as 98% of the 200 female African elephants found in Addo Elephant National Park are also without tusks. In Tanzania’s Ruaha National Park, there was a heavy amount of poaching done during the 70s and 80s. Josephine Smit, an elephant behaviour researcher who has been tracking these female elephants has noticed that approximately 21% of females that are older than the age of five are born without tusks.

Adapting To Their Environment without Tusks

Of course, the decrease in tusks also means that how elephants fend for themselves has to change. Joyce Poole’s intensive research has proven that elephants are still surviving and 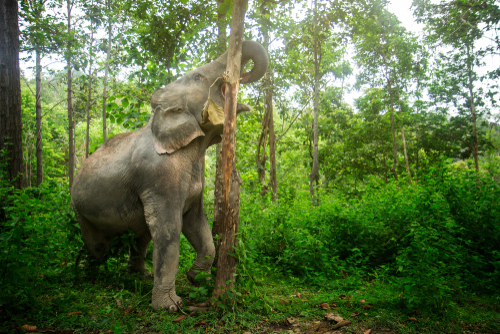 healthy even without their tusks. Scientists have observed that with the handicap of tusklessness, elephants are adapting accordingly to their environment. Tusks are useful, besides just being overgrown teeth. They were used in the daily life of elephants in order to dig up water and minerals from the ground, debark trees to get some fibre-laden food and help males in their competition for females. Elephants have been observed to now use their trunks and teeth to strip off bark from trees for food.

Even with the dark history behind them, the evolutionary female African elephants are a reminder of the adaptability and perseverance of nature during the most stressful of times.