From classical computers to the modern day mobile and VR era, science and technology have completely revolutionized the world like never before. And it seems to be just the beginning. The world is about to witness the next big revolution in technology with Quantum Computing.

Where do we stand when it comes to understanding it?

Researchers and scientists from all over the world have thoroughly explored and realized the exceptional computing capabilities of this discrete quantity of energy. Leading technology companies namely, IBM, Google, and several others are striving to introduce a whole new era of quantum-based computers. IBM has unveiled “System One” and shared its vision to bring this unique invention to the commercial market.

How does Quantum Computing work?

In order to draw a better understanding of this whole new technology, one has to understand the concept of “Qubits” which is similar to “Bits” in classical computing. Just like classical computing relies on the binary system that builds bits, Quantum computing relies on Qubits. These super-conducting electrons – a type of subatomic particle – enable a multilayer circuit to work. 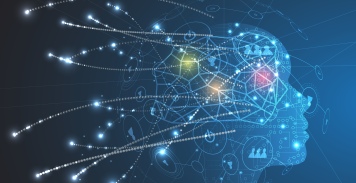 The Quantum Leap and Artificial Intelligence

In an era where Artificial Intelligence can analyze and break down the data using classical computing, “System One” is expecting to give an unbelievable boost to AI with Quantum Computing. It looks like IBM and many other renowned names in the field of science and technology have started to believe Quantum Computing as a dream for the “not too distant future” of the modern day world.

What are the Current Challenges?

According to the researchers, Quantum Computing can add great value to the existing concept of Artificial Intelligence by enabling it to extract restrained patterns within huge datasets. According to IBM scientists, they aim to build a strong and truly capable Quantum Machine which can outpace any classical computer when it comes to machine learning tasks.

Most of the industry experts and scientists have concluded that Quantum Computing may contribute extensively to the area of medical research and climate change but will not be sophisticated enough to resolve the existing scientific mysteries.

On the other hand, scientists and researchers are still striving to predict the possible uses of Quantum Computing. Moreover, they are still unclear about patterns and data-centric discoveries they should look for.

Leading companies are trying new and unique ways to use quantum computing and find out how it can aid and extend the various capabilities of classic computing. Researchers have concluded that the idea of Quantum Computing can benefit several diverse industries across the world which could include healthcare, climate, finance, energy and a lot more. Keeping this in view, it cannot be denied that Quantum Computing is about to become the future of today’s world while bringing exceptional technological leaps in other areas of research and development.