There have been many movies focused on robots – plots that glorify robots, and plots that show them in a negative light, or even taking over the human race. In reality the time isn’t far off when robots will equal human intelligence. And interestingly, the first living robot has already been created.

A team of scientists claim to have built living robots called Xenobots which can pick up things, move around and most importantly, they can heal themselves. Just like we see in the movies. 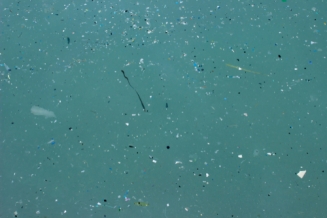 The robots are made from cells taken from frog embryos which are then rearranged to create primitive beings. The scientists believe these are one of a kind living machines. They are not robots in the traditional sense; however, they are not human beings either. They have synthesized the two together and created a new class altogether. They are living beings that are easily programmable.

The robots are a millimeter in length and were developed with the help of a supercomputer that uses an evolutionary algorithm. The supercomputer first tested thousands of 3D designs to create a form of life. The scientists then chose a handful of designs and tested them to see whether they could move or perform a basic task that was assigned to them.

The robots only have a lifespan of about 10 days as the heart cells are only able to contract and relax for that specific duration on their own. The functions the robots perform vary. They can go from pushing pellets into a central location to actually moving around objects.

Another advantage of these robots is that they are completely biodegradable. They cause no harm to the Earth, unlike robots that are made from other materials like steel and metal. There are no traces left behind of their existence.

Right now these robots are very tiny but researchers plan to expand their size and they believe that they could be built with nerve cells and other cells that are used to give cognitive abilities at some point in the near future.

When we consider the reality of the situation, it seems we are much closer to a world where humans and robots live together side by side. It may seem odd to many, however, with such discoveries and inventions, that the idea of robots becoming equal to humans is becoming stronger and stronger.