Contrary to the widespread perception of overpopulation that will in turn lead to the exhaustion of the earth’s already scarce resources, the recent statistics show otherwise. In recent years, there has been a shift in the number of

babies people are having and the rate is only decreasing. With education and awareness and also the transition of more women now entering the workforce prolonging their career paths paired with the increase use of contraception and a drop in fertility rates, the natural population is witnessing a steady decline. By 2040, some major nations like Italy and Japan are expected to witness a decline in population by half.

A population decline might seem like good news as it will reduce the negative impact on the environment and improve the division of the scarce resources among the available population, but there are several aspects that are a downside to it as well. For instance, with fewer younger people and a large number of older, the economic policies will have to be rethought. With fewer working age people, it will likely cause a negative impact on the overall GDP. This could result in a major concern for many nations as they will have to come up with well devised policies to counter these rising issues and changes in the population. The major challenge will be the huge burden of the increased need for healthcare and social support systems for the aging population. 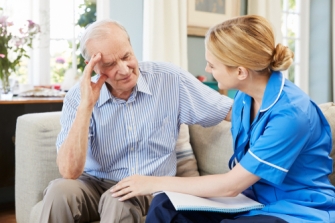 The decline is nearer than we think, so it is vital for nations to start preparing now, before the situation actually proves to be a major problem. With the increase in aged people, it will be essential for nations to focus on increasing and improving healthcare facilities and hospitals as well as social support. The demographic change that will occur requires a lot of consideration. Will people be expected to work past their retirement age? Who will take care of all the old people? Will people just keep on working until they die? All these questions and more will have to be answered to ensure that this shift in the population structure is countered intelligently.

However, it is still unclear how the world will adapt to this major change. Overpopulation and increasing growth has always been a major problem but a shrinking population will also have an extremely harsh impact on humanity and whether or not we will prosper.